The Metal Beneath Our Shores 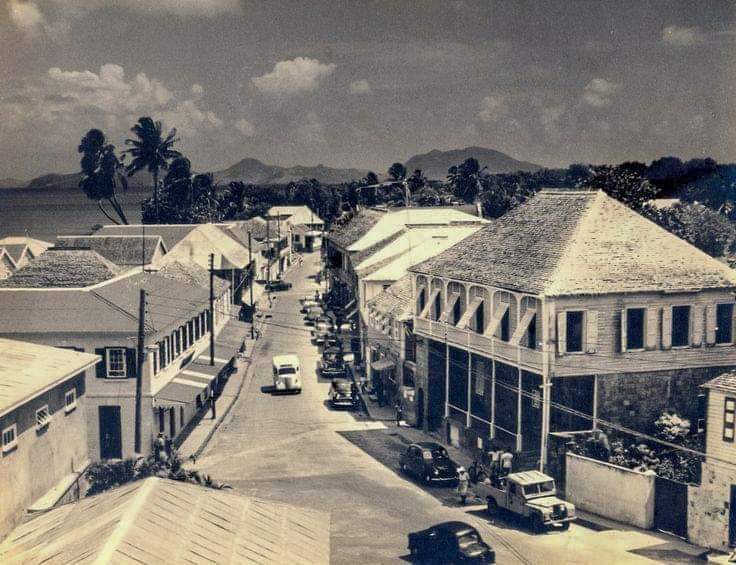 Beneath the sands of the beach at Gallows Bay, near the pier of our primary port Charlestown, lies the wreckage that time has buried on our shores; the iron, steel and heavy wooden timbers of the ships and the ruins that describe another age.  It’s a field of debris that’s only exposed when the big waves erode the coastline in a quick glimpse of the past that appears only briefly, between the storm and the returning tide.

This is the bay of our beginning.  It’s where pirates were hanged from gallows and Africans were brought ashore; marched into the town square for auction as slaves.  But the footprints of slaves though not forgotten have washed away with the tides. The scaffolding built for the pirates was buried in the sand. The tall ships of old days gave way to flat bottomed island lighters and the vessels of modern times.

When I was young, I swam in this bay with other island boys, watching the lighters sail into shallow waters to unload their cargo by the pier.  We climbed the lines that wrapped from the bollards to the bows, hanging and swinging and dropping into the water, then swimming to shore.  The boats were unloaded by hand with chains of stevedores, throwing crates and boxes to each other.  Block and tackle were strung from mast heads to lift bigger things, like livestock, pallets, and machines.  This is how the first cars were brought to the island and hoisted ashore, with many ropes and many hands.  Tourists also alighted here, welcomed by the laughter and cheers of children.

This past year, our developing travel trade was put on hold. We saw very few visitors.  The ports are quiet. The harbor has just a few fishing boats bobbing on the sea. It feels like we are existing between that brief moment after the storm and before the returning tide.  The cruise ships and the cargo boats are still gone, leaving a noticeable void.  But in the rum shops in town, there are still old men with gnarled hands remembering old times.

Island life continues through unexpected changes. We are still a growing nation.  Lately, our focus has turned from the sea to the mountain, from busy beaches and ports to the hills and the valleys. When our ports closed for the pandemic, we began clearing the overgrowth of bushes and planting new crops.  Fields now grow acres of fruit trees and ground provisions, sea grapes, avocados, cassavas and yams.   Nevis has a long history of surviving hard times.  Our shores have known gallows and shackles and from that, we have built ports and industry.  Though there is wreckage buried in the sand, we cultivated a proud nation. Again, our harvest is growing from the soil and one day, soon, there will be another tide and this pandemic will be another tale.

What's On Happening Now Food & Drink Get Active
Disclaimer | Terms & Conditions All spending money and other expenses, unless otherwise stated, are costs for the prize winner and are not provided as part of the accommodation prize. Any flights, additional accommodation, transport, airport departure or government taxes must be paid by the prize winner and any travelling companions. Insurance is not provided as part of the accommodation prize. It is the responsibility of the prize winner and companion to ensure they have the correct documentation to travel and they adhere to any government guidelines in respect to travel. Prize is subject to availability at time of booking. The stay is between April 1st 2022-December 19th, 2022. Blackout dates, 11th of August - 5th of October, 2022.  No cash will be awarded in lieu of the prize or part of the prize.